Makeup can make such a difference to someone's self esteem, let alone their appearance!

Armand has been in the cosmetics industry since 1994, but first became a makeup artist in 1996 where he was UK National Makeup Artist for Givenchy. After extensive skincare, makeup and fragrance training with various cosmetic companies, he became Personal Beauty Advisor for House Of Fraser in 1998.

From 2000 to present Armand has worked with some of the most beautiful men and women, in the world on events ranging from the Oscars to the BAFTA's. 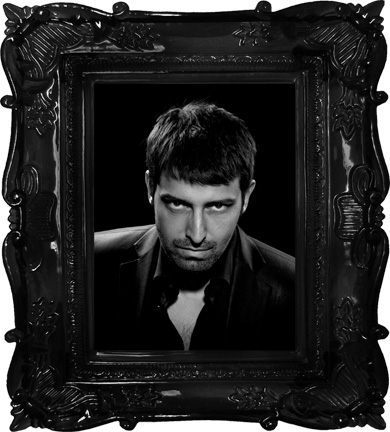 When I spoke to Armand, I found him instantly warm, friendly and accommodating. I was so impressed with his makeup and how he transformed my look, that I asked him if he would be willing to do makeup for my wedding. Since then, I have used him for makeup on a number of occasions and always found him to be incredibly reliable, down-to-earth and funny.

The lovely Armand is my favourite makeup artist. Not only do I request him for any photo or filming shoots that I do, he was also the person I wanted to do my makeup on my wedding day. The brilliance of his make up is in no doubt, but for me it wasn’t just about the look. It’s such a special day and nerves can get the better of you. Armand not only made me look and feel gorgeous but he kept me calm, talked me down and made me laugh. I couldn’t recommend him any higher.

I found Armand to be very professional in his work and very articulate with his endeavours. The quality of his work is indisputable. I find it easy to rely on his discretion and judgement when he does my makeup and I am assured of looking my best at every occasion.